The real estate sector has been the backbone of the Indian economy and has been a major contributor in the economic growth.  It is evident from the very fact that the Real Estate Sector contributes 8.53% of the total GDP and also witnessed growth rate to the tune of 30%. It is also pertinent to note that this sector has emerged as the fifth largest destination of foreign investment. 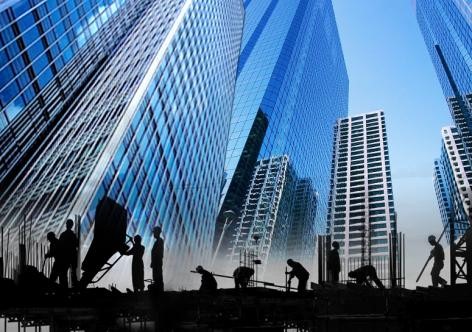 The Indian real estate sector, with backward and forward linkages to approximately 250 ancillary industries, has been making rapid strides in recent times and has emerged as one of the most important contributors to the Indian economy. The sector continues its metamorphosis from being largely fragmented and unorganized to become as structured and organized as its peers in developed economies across the globe.

The growing prominence of India in the global scenario has had a positive impact leading to increased expectations and responsibilities on this sector. The real estate sector has partially risen from the liquidity crisis it was entrenched in 2009, when bad debts and declining demand led to a dip in the market. However, post 2009 the sector witnessed recovery in investment and construction activity.

An indicator of this recovery is the level of construction activity witnessed in the real estate space in the country from 2010 to 2012; a total of 200 million sq ft of investment grade commercial office, retail and residential real estate space was lined up for completion across the seven cities of National Capital Region (NCR), Mumbai, Bangalore, Chennai, Hyderabad, Pune and Kolkata in 2013. The sector has also emerged as the most prominent investment option for the country’s urban households, taking priority over gold, fixed deposits and stock exchange trading.

In addition, an untapped housing demand (estimated housing shortage of 18.4 million units by 2012)6 , has also provided developers with an opportunity of catering to buyers across the affordability spectrum in multiple cities and towns.

The major demand drivers for India’s real estate market have been sustained economic growth, large scale urbanisation, expansion in India’s services industry, increased disposable income levels of the middle class consumers, tax savings on home mortgage products as well as real estate being considered a conventional class of investment asset. This has been further supplemented with easier and flexible financing options from increasing number of private players in this field.

Nowadays with the changing attitude of people from living on rent towards owning their property the real estate sector has witnessed huge demand for the residential segment. The demand for commercial development is also growing at a fast pace due to a paradigm shift from unorganized retail towards organized retail coupled with MNC’s interest in establishing offices here in India.

Going forward, the scenario would be no different as at present there is a shortage of almost 27 million dwelling units and the Indian real estate business which is estimated at USD 15 billion is likely to be USD 90 billion by 2015, predicts ASSOCHAM. The housing start-up index, which is now at a pilot stage, shows that new housing units in cities such as Kolkata, Chennai and Bangalore are showing lesser growth than the tier II and III cities like Lucknow, Indore, and Patna etc.  Reason being the growth these cities are posing in terms of their absolute business.

India’s real estate sector has a strong growth potential in the coming decade, as it thrives upon tremendous growth opportunities linked with the country’s development cycle and socio-economic transformation. Urbanisation in India has been increasing at an unprecedented rate, with almost 71 million people added to the urban population from 2001 to 2011. At this rate, close to 534 million people (greater than the combined population of the United States, Russia and France) will live in Indian cities by 2026. This offers tremendous opportunities for real estate development, particularly for housing.

With inputs from CREDAI – CBRE report