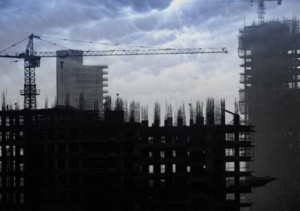 India’s real estate sector is forecast to grow at 7-8 percent each year over the next decade, according to a recent study. A PwC India report says that the country will see increased economic growth, and the removal of barriers to foreign investment will “spur demand for construction” over the coming 12 to 18 months.

With a strong government at the Centre, the outlook for the US$157 billion Indian construction sector appears very positive given the efforts to stimulate economic growth.

An estimated US$1 trillion is being spent on infrastructure over the five years to 2017 and there is increased investment in industrial projects by the government. But it is the private housing sector that the PwC report highlights as a key growth area.

Demand for real estate has been one of the drivers of construction sector growth over the last 10 years. Improvement in economic conditions has the potential to drive demand for real estate, as housing continues to be a favoured investment asset among Indian households.

The total construction market in India for FY2014 was US$157 billion, an increase of US$4 billion over FY2013. Infrastructure accounts for 49 percent, housing and real estate 42 percent and industrial projects 9 percent.

In addition to being the second major contributor to the GDP, the Real Estate sector is also amongst the fastest growing sectors in the Indian economy. The markets of Mumbai, Bangalore and Delhi have seen increased investments. The rising income levels and with people of all age groups investing in Real Estate, the residential sector is also expected to grow significantly over the next decade.

On the policy front the many amendments in policies and announcements such as ‘Housing for All by 2022’, the provision of Rs 7,060 crore (USD 1,150 million) for establishing 100 Smart Cities  and the notification of norms for launching REIT funding by SEBI are expected to give a push to the Real Estate sector.

Why do experts believe 2015 will be a good year for the Indian Real Estate sector:

* The threat of inflation has completely submerged, and borrowing rates are sure to go down from the current levels. This will encourage potential buyers planning to avail of home loans to finally take the plunge. Also, with property prices staying stable and good deals being offered by developers in order to clear their inventory, fence-sitting buyers be further encouraged to press the ‘buy’ button.

* Economic activity is gradually picking up, and the Central Bank anticipates GDP growth to reach 6.5 per cent y/y in the next financial year (FY2015-16). Corporate India has already made it clear that there will be more hiring of talent to help tackle rising business activity. Put together, this means a rise in jobs and incomes, which in turn is very favourable for both residential and commercial real estate.

* The market has witnessed a re-orientation and developers are now largely focusing on affordable homes. This will go a long way, though definitely not all the way, in bridging the existing wide gap between demand and supply of affordable homes.

No big bang reforms in budget

Anuj Puri, Chairman & Country Head, JLL India, in his blog (http://www.joneslanglasalleblog.com/realestatecompass/) takes a hard look at the budget statement for 2015-16 presented by the finance minister on February 28. According to him the budget has not provided any additional relief via increased income tax deduction limit or on repayment of housing loans.

Mr Puri further mentions that the budget is low on big bang reforms and real estate is only an indirect beneficiary at best: