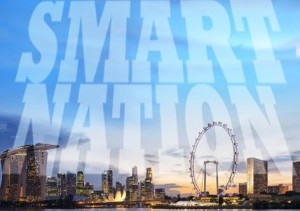 The relentless march of technological innovation has transformed the way we communicate. Soon it will change the urban landscape in Singapore. The next generation of buildings is set to become a lot smarter, thanks to the increasing convergence of new data streams, sensor technology and breakthroughs in building material science.

Singapore has come a long way since horse drawn carriages plied Commercial Square in the mid-19th century. The area was later renamed Raffles Place and it still stands as Singapore’s prime commercial district. Skyscrapers have replaced many old buildings, but experts said they could themselves be transformed – as society’s needs and technology evolve.

The buildings in the future will not be passive shells, but rather “living and breathing” structures plugged into the smart urban infrastructure. They will boast a network of sensors that provide real time data to the building system, allowing it to respond accordingly to environmental changes. And the city will be seamlessly linked by cable cars.

Skyscrapers of tomorrow could comprise modular components which can be rearranged and assembled by robots. The buildings will also be able to harness energy and convert carbon dioxide into oxygen.

At the moment, there are trials for solar paints. With this one would be able to paint the buildings with solar technology. So if you can imagine, all buildings being able to harness technology, the effect that will have on the sustainability of buildings, the look and feel of buildings will be amazing.

Singapore’s built environment has evolved over the past decades and in the last 10 to 20 years, there has been a greater focus on sustainable development, improving accessibility in buildings as well as boosting labour productivity in the construction sector.

One key initiative that has taken off is the Green Mark Scheme, launched by the Building and Construction Authority in 2005, to encourage developers to adopt more environmentally-sustainable practices. The number of green buildings in Singapore has grown from just 17 in 2005 to more than 2,100 today. Last year, the BCA introduced a new masterplan that would drive the Singapore’s green building strategy for the next five to 10 years.

Buildings are getting greener and industry players say they will get a lot smarter too in the not so distant future as new technology integrates with building design. A big part of it will ride on Singapore’s Smart Nation initiative, with greater use of data analytics, and a range of infocomm and media technologies.

Visualise an Indian city where every home is connected to electricity, gas, water and the internet via a smart grid, transport systems are controlled via central command centres, and the population is linked to each other and to civic facilities in real time. This is a vision of a smart city – one that PM Modi aims to create in the hundreds – in line with what Singapore has executed.

There is a growing realisation that turning cities around and releasing their dynamism is critical to India’s economic growth. Unlike many countries that are grappling with ageing populations, India has a young population projected to touch 600 million by 2025 – equal to the combined total population of the U.S., Russia and Japan. However, accommodating them is a challenge. The country needs about 500 new cities to cope with the huge influx of population from rural or semi-rural areas to urban centres.

Singapore has been successful in implementing a smart city infrastructure based on a high density and high liveability development model. Singapore has been able to overcome many challenges like limited size and resources by using the most advanced information and communication technology (ICT) solutions to enable efficient transportation, adequate public housing, energy management and water treatment.  Its transformation from a congested city to a thriving smart city has been breathtaking and offers great lessons for India.

Not everything in Singapore’s success story can be replicated, or will work in India. However, some can be applied here.